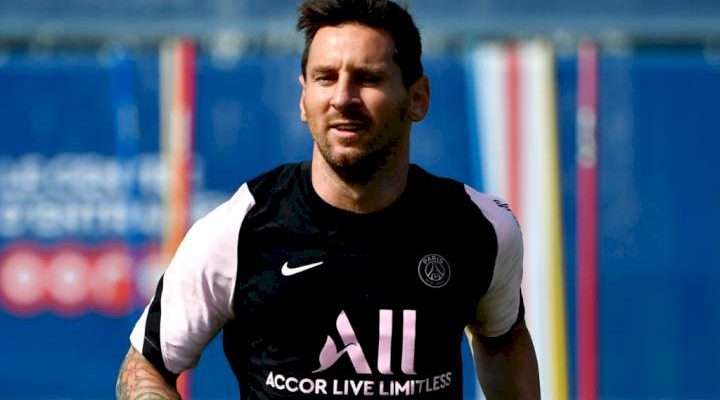 Former Barcelona striker, Gary Lineker has revealed why it will be difficult for any other player to overcome Paris Saint-Germain’s Lionel Messi for this year’s Ballon d’ Or.

Lineker believes Messi will win the Ballon d’ Or ahead of any other player because he won the Copa America with Argentina and also he had a great first part of the season during his time at Barcelona.

Messi has won the Ballon d’ Or for a record six times.

His closest rival is Manchester United’s Cristiano Ronaldo, who has won the Ballon d’ Or five times.

The Argentine captain is expected to rival Bayern Munich’s Robert Lewandowski and Chelsea stars Jorginho and N’Golo Kante for the Ballon d’ Or.

When asked who he thinks will win the Ballon d’ Or, Lineker told Marca: “It will be difficult to overcome Messi.

“He had a great first part of the season and then he won the Copa América with Argentina.”

The winner of this year’s Ballon d’ Or will be announced at a gala event on November 29.

This year’s gala will be staged at the Chatelet Theatre in Paris, France.