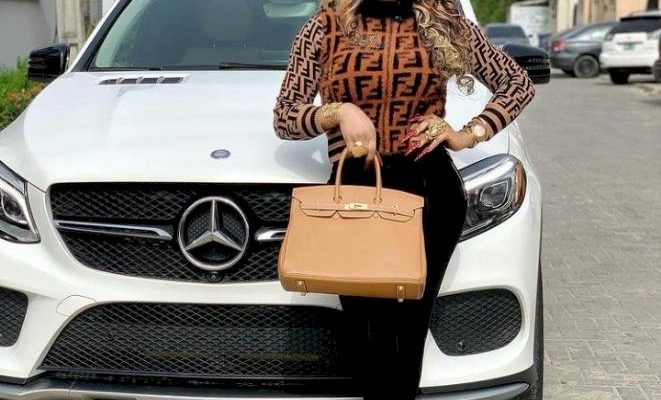 The self acclaimed male barbie mentioned this in his response to a lady who questioned the source of his wealth.

Hours ago, Bobrisky shared a photo posing beside his two expensive whips, and in his caption, he asked fans to refer to him as the “President’s girlfriend”.

However, a lady was more curious to know the source of his wealth, and when she questioned the cross dresser, he replied that he used her father for rituals.

“I use your papa do rituals”, Bobrisky bluntly told the lady.

See screenshots and reacti ons below;