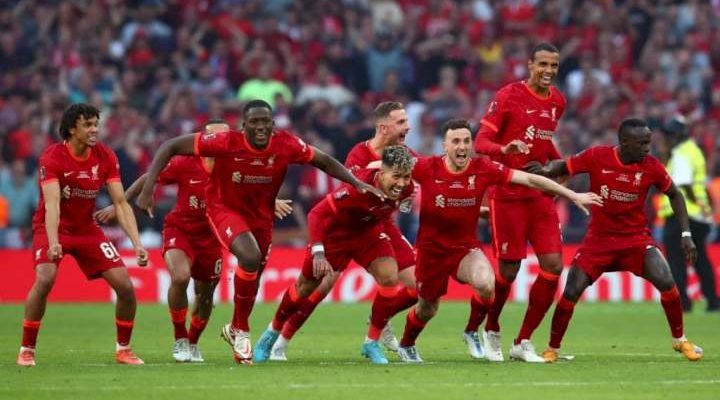 Jurgen Klopp and his Liverpool side have beaten Chelsea on penalties again to lift the FA Cup trophy.

Saturday’s FA final was a repeat of the Carabao Cup final earlier in February which Liverpool also won on penalties.

The Reds now have their second domestic trophy of the season all at the expense of Thomas Tuchel’s Chelsea.

It was goalless in full time despite Marcos Alonso and Christian Pulisic going close for Chelsea and Luis Diaz and Andy Robertson almost scoring for the Reds.

Cesar Azpilicueta and Mason Mount both missed from the spot and Kostas Tsimikas scored the decisive penalty in a 6-5 win.

Sadio Mane had the chance to clinch the trophy for Liverpool after Azpilicueta’s effort hit the post but he was denied by his Senegal teammate Edouard Mendy.

With the win, the Reds have kept the chances of winning the quadruple this season alive.