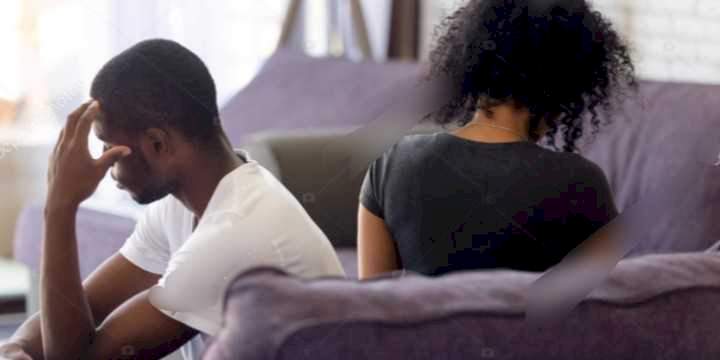 Mixed reactions have trailed a story of a Canada-based man who returned home after 6 years and demanded that his wife swear an oath that she didn’t sleep with any man while he was away.

A Twitter user Identified with the handle @Pirtim shared the story which has since garnered thousands of reactions.

@Pirtim wrote: “After spending 6 years in Canada, he wants his wife to swear an oath that she didn’t sleep with any man while he was away. Since na mannequin she be. Some men get nerve sha 🙄.”

Reacting to the story, a Twitter user @Imoorji wrote: “Where have we thrown the moral virtue of fidelity to. That he asks her to swear may be wrong. But the keynote here is fidelity. Were they divorced? Were they separated? If no, why would she not be faithful. Same applies to him.”

@skiibanji wrote: “Personally,I cant go longer than 2months…if I stay away for 4months,I wouldn’t blame her for anything she might have done while I was away..in fact in that 6yrs I go don born pikin sef and if I happen to back and the feeling is still there,we will remarry..simple.”