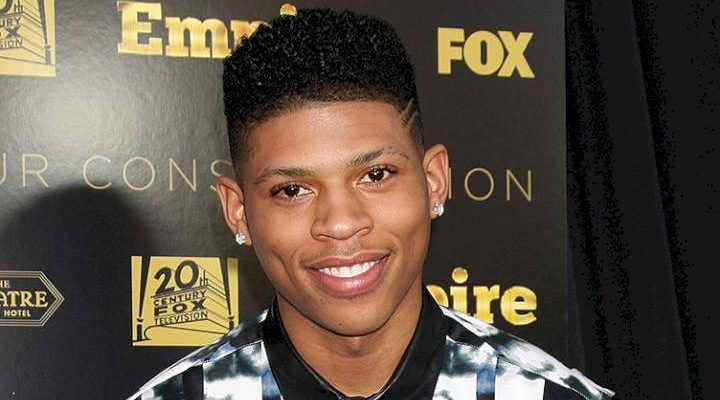 Empire actor Bryshere Gray has been sentenced to 10 days in jail after pleading guilty to felony aggravated assault for choking his wife until she passed out.

Gray, 27, who played Hakeem Lyon on the Fox TV series, entered a guilty plea in his domestic violence case, according to legal documents obtained by TMZ.

Gray was arrested on domestic violence charges in July last year after a woman said her husband had assaulted her for ‘several hours’.

Gray then barricaded himself into his home in Goodyear, Arizona, overnight before his arrest.

Police said the woman had multiple visible injuries on her body and that she had said Gray had throttled her at one point, leading to her temporarily losing consciousness.

The actor has been sentenced to 10 days in a county jail and three years probation as part of his plea agreement, the online publication reported.

He will reportedly not be allowed to consume illegal drugs and will have to submit to drugs and alcohol testing during his probation. He must also pay restitution to his victim.

Gray, also known by the stage name Yazz the Greatest, will reportedly enroll in a domestic violence offender treatment program and must check in with his probation officer within 72 hours of contact from law enforcement.

He will not be allowed to possess any kind of firearm during his probation, and will need written approval from police to associate with anyone who has a criminal record.

Popular Nigerian lesbian, Amara, denied an apartment after landlady went through her social media handles and discovered she is a lesbian