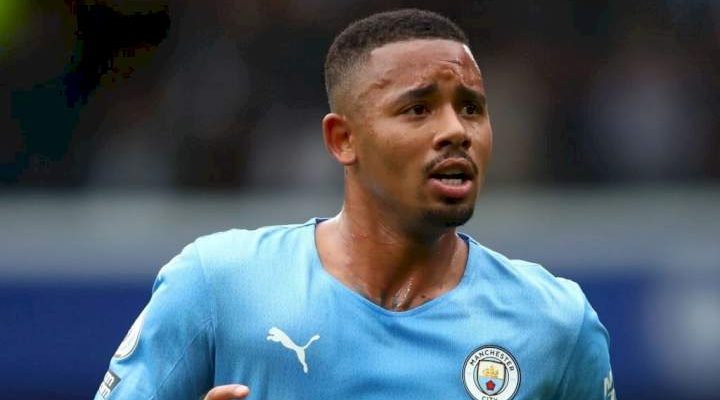 Manchester City striker, Gabriel Jesus, has decided to leave the club for Arsenal this summer.

This is despite the lack of Champions League football for the North London side, according to Daily Mail.

Jesus is keen on moving to the Emirates and reuniting with Arteta, who was once the assistant coach at Manchester City.

Jesus has scored 95 goals in 236 appearances for Manchester City and netted 13 goals and made 12 assists in 41 games last season, although many of his appearances were as a substitute.

The Brazilian helped Manchester City to clinch four Premier League titles, three EFL Cups, and one FA Cup during his time at the Etihad.

He would be replacing Alexandre Lacazette at Arsenal as the Frenchman is set to leave the Emirates.

The Frenchman has agreed a deal to return to his former club Lyon and his departure will free up the funds needed to sign Jesus.

Tottenham are also interested in the South American forward would rival the Gunners for the 25-year-old.

But the Brazilian wants to lace his boots for the Gunners under Arteta, notwithstanding their failure to qualify for the Champions League.