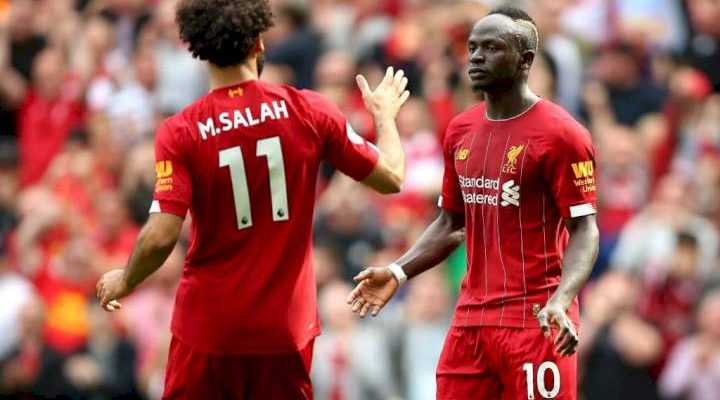 Salah has been the best performer for the Reds in this campaign and his combination with Mane has seen the duo score a combined 28 goals so far.

While Salah has scored 13 goals in 15 appearances, Mane has managed seven goals from the same number of appearances.

However, there have been reports in the past questioning the relationship between the two forwards, with observers claiming they don’t like to pass the ball to each other.

In an interview with MBC, Salah explained: “My relationship with Sadio [Mane]? We are teammates on the pitch and in the locker room, and it’s a professional relationship.

“He and I give everything we have for the team to win. We may have a competition for who is better, but this is normal in any team and a legitimate right for any player, but in the end we serve the team.

“Sometimes I act selfishly on the field, but no one puts his interest above the interest of the team, and it is not intentional.

“In a match, Sadio left the field angry, this was the first time people talked about the bad relationship between us, and they associated every time I did not pass to him or he did not pass to me with this situation.

“But Sadio give me many assists and so do I. I am not jealous if someone else scored goals.”

Don Jazzy Reacts After Being Called Out For Being Gay