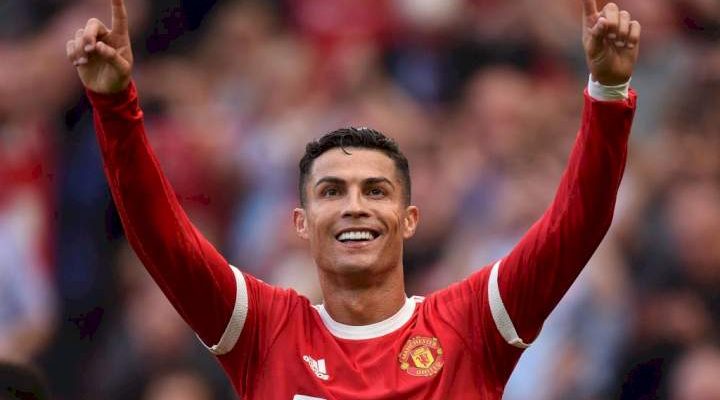 Manchester United forward, Cristiano Ronaldo, has thanked Liverpool supporters for their unexpected support for him and his partner, Georgina Rodriguez, following the tragic death of their baby son.

Ronaldo had made the tragic announcement on Monday night via his Twitter account that his son had passed away.

R‍onaldo and Georgina were expecting twins, but while his daughter came out alive, the baby boy passed on.

The 37-year-old was excused by Man United not to feature against Liverpool as the Red Devils lost 4-0 against Jurgen Klopp’s men at Anfield on Tuesday night.

However, the Anfield supporters sang “You’ll Never Walk Alone” in the seventh minute of last night’s league clash between Man United and Liverpool and joined fans of their fierce rivals in an impeccably-respected minute’s applause as they paid tribute to Ronaldo’s son.

Reacting, Ronaldo, in a post via his Instagram account, wrote on Thursday, shared a video of the gesture and wrote: ‘One world… One sport… One global family… Thanks, Anfield.

“Me and my family will never forget this moment of respect and compassion.”

Meanwhile, speaking about the tribute after the match, Liverpool coach Jurgen Klopp said: “My moment of the game was the seventh minute when the whole stadium showed pure class, so many things are much more important in life than football.

“We feel for Cristiano and his family. That was my moment of the game.”

Elon Musk vows to delete fake accounts or ‘die trying’ if his $46.5 billion bid to take over Twitter succeeds