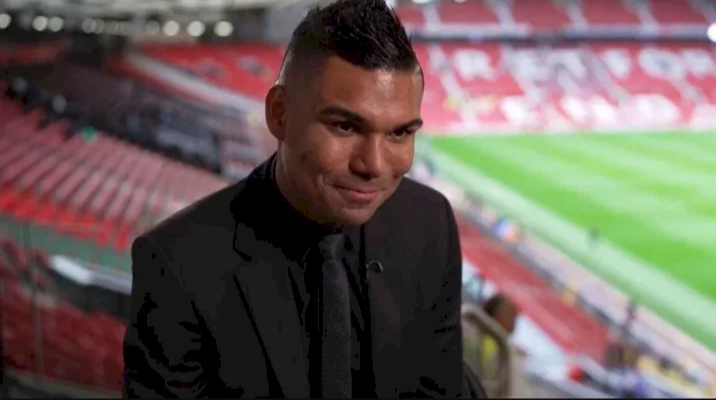 Manchester United midfielder, Casemiro, has named the club’s legend, Paul Scholes, as his idol in football.

Casemiro said he would have loved to have played with Scholes in his blistering career.

Speaking ahead of Man United’s Premier League derby with Manchester City, the Brazilian international said, as quoted by MEN,

“That is a very easy question. It would have to be Scholes. He’s a player I admired a great deal as a child.

“I have mentioned this on numerous occasions, not just because I am here now. I used to say this when I was at Real Madrid.

“He’s an idol of mine, and it would be an absolute pleasure to play alongside him, given everything he won here and what he represents to Manchester United.”