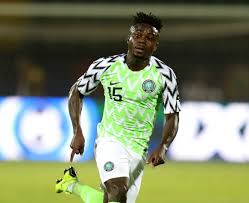 Newcastle are ready to hand Nigerian forward, Moses Simon, a £100,000-a-week contract to join them in the summer.

According to OwnGoalNigeria, the Premier League side have made Simon, who currently plays for Nantes in Ligue 1, their top priority ahead of next season.

The Super Eagles star will cost the Magpies around £20million in transfer fees.

But Newcastle are not deterred by the money involved in the deal, as they are very eager to bring in Simon.

Nantes will also be ready to do business, despite blocking Simon from moving to Leeds United in the January window.

The 26-year-old, who impressed for Nigeria at the 2021 Africa Cup of Nations, has scored twice and provided six assists in the French topflight this season.