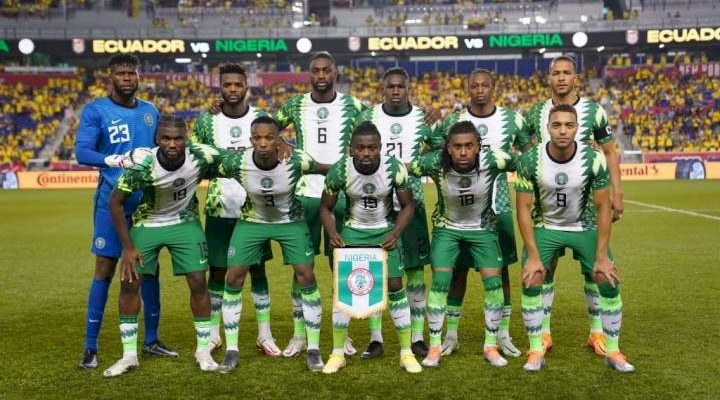 The Super Eagles of Nigeria have dropped one position in the latest FIFA world rankings.

The Super Eagles are now the 31st best team in the June ranking published by FIFA on Thursday.

Recall that Nigeria was the 30th best team in the world in the March ranking.

However, Jose Peseiro’s side are currently the 4th best team in Africa, while the Teranga Lions of Senegal are number one in Africa and now the 18th best team in the world.

Behind Nigeria are Cameroon, Egypt, Algeria and Mali in fifth, sixth, seventh and eighth place, respectively.

However, Brazil is the number one best team in the world, followed by Belgium, Argentina, France, England, Spain, Italy, Netherlands, Portugal and Denmark, making the top 10.

Others that made the list from 11-20 positions are Germany, Mexico, Uruguay, USA, Croatia, Switzerland, Colombia, Senegal, Wales and Sweden.

Ayra Starr rubbishes troll who called her an award-winning prost!tute