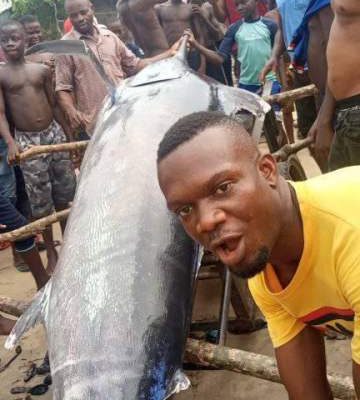 A Nigerian fisherman has made a big catch after carting a giant swordfish to the seashore in the Andoni Local Government Area of Rivers State.

According to photos making rounds on social media, the fisherman’s colleagues in the Oyorokotor fishing settlement celebrated the huge catch of swordfish.

In the viral photos, a crowd gathered to catch a glimpse of the large sea animal.

See more photos of the fish below …