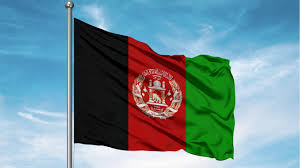 Up to 60 people are feared dead after a huge bomb hit a mosque in Kabul during evening prayers on Wednesday.

The Taliban’s Kabul police spokesman Khalid Zadran told local media that there had been an explosion in the city’s 17th district, northern Kabul. Taliban forces are now at the scene.

Police have reported multiple casualties but did not say how many. Indian TV network TV9 reported that 60 people have been killed and more than 30 injured.

The Taliban intelligence official, speaking on condition of anonymity, said the explosion occurred in a mosque among worshippers in Khair Khana area of Kabul.

The Imam of the mosque was said to be among those killed and the toll could still rise, the source added. Intelligence teams were at blast site and investigations were ongoing.

Emergency NGO, a Kabul hospital, tweeted that they had received 27 people so far following an explosion ‘in the PD17 area’.

‘5 children among them, including a 7-year-old,’ the official account added.

Witnesses said powerful explosion was heard in a northern Kabul neighbourhood, shattering windows in nearby buildings. Ambulances rushed to the spot.

‘A blast happened inside a mosque…. the blast has casualties, but the numbers are not clear yet,’ Kabul police spokesman Khalid Zadran told Reuters.

Other officials in the Taliban government did not reply to multiple requests to confirm the number of casualties.

Last Thursday a prominent Taliban cleric was murdered by a one-legged suicide bomber who had stuffed his artificial leg with explosives in Kabul today, according to officials and Taliban sources.

Sheikh Rahimullah Haqqani, who was in favour of female education in Afghanistan, was reportedly killed in an attack in a seminary when the attacker detonated explosives hidden in his plastic limb.

‘Very sadly informed that respected cleric (Sheikh Rahimullah Haqqani) was martyred in a cowardly attack by enemies,’ said Bilal Karimi, a spokesperson for the Taliban administration.

It was not immediately clear who was behind the blast although four Taliban sources told Reuters the attacker was someone who had previously lost his leg and had hidden the explosives in a plastic artificial leg.

The BBC reported the Islamic State (IS) group, which has targeted the cleric in the past, took responsibility for the attack, adding that it had happened inside his office.

One senior Taliban official of the interior ministry, referring to the group’s name for its administration, said of the attack: ‘We are investigating who this … person was and who had brought him to this important place to enter the personal office of Sheikh Rahimullah Haqqani.

‘It’s a very huge loss for the Islamic Emirate of Afghanistan.’

Sheikh Haqqani was an outspoken critic of the jihadist militant group Islamic State Kohrasan Province (IS-K), a regional branch of IS that operates in Afghanistan.

On Saturday last week, a year on from seizing control in Afghanistan, Taliban fighters rode pedalos with their families and celebrated in the street to mark the anniversary.

Pictures show them gathered on boats at Band-e-Amir national Park, some holding weapons, smiling and chatting amongst themselves at the lake, which has been described as Afghanistan’s Grand Canyon and attracts thousands of tourists a year.

Many restrictions have been reintroduced in the last year, particularly on women, to comply with the Taliban movement’s vision of Islam.

Tens of thousands of girls have been shut out of secondary schools, and women have been barred from returning to many government jobs.

Women have also been banned from travelling alone on long trips and are only permitted to visit public gardens and parks in the capital on days separate from men.

Earlier this year, the country’s supreme leader and chief of the Taliban, Hibatullah Akhundzada, ordered that women should fully cover themselves in public, including their faces.

Sheikh Amir Mohammad Kabuli was a known religious scholar in the Kabul region was killed in the blast inside the mosque in Khair Khana area. 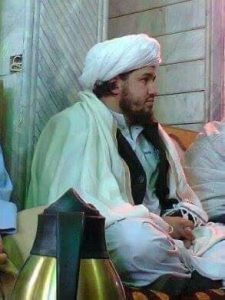 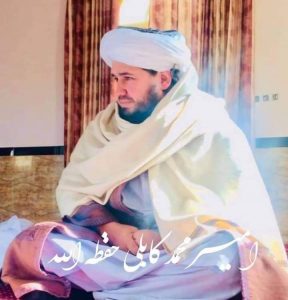 Buju BNXN will answer for spitting on officer – Police 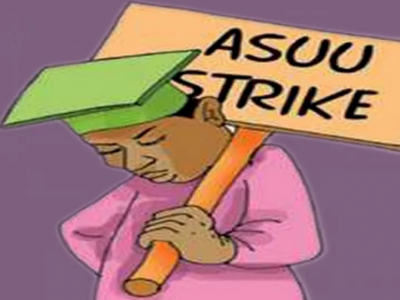