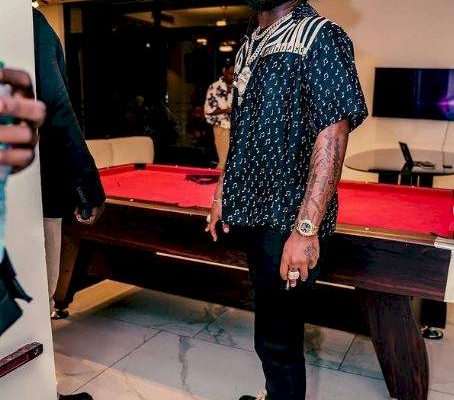 Superstar crooner, Davido leaves netizens gushing over his wealth as he shows off the interior and exterior of his house in Banana Island, Lagos which is worth millions of naira.

Recall that Isreal DMW was in shock as he hailed his boss, Davido for spending N68M on television sets.

In a recent development, OBO took to his Instagram stories to share photos and a video of his luxury and well-furnished mansion which got fans drooling.

Check out some photos below:

Amid controversies, Tuface reveals one of the reasons he loves his wife, Annie