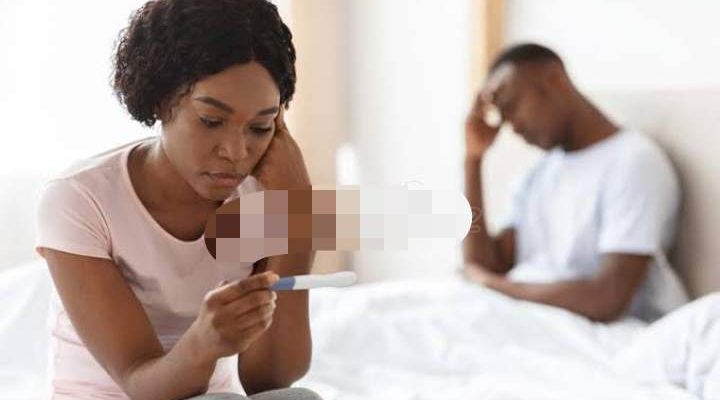 A lady has expressed her confusion over the paternity of her unborn child.

The lady who got pregnant revealed that she had slept with her boyfriend and her ex-boyfriend on the same day.

The lady revealed that she had had a falling out with her boyfriend which led her to text her ex who asked her to come over.

The evening that same day, she made up with her boyfriend who as well, slept with her.

Expressing her confusion, she stated that she was in her safe period and couldn’t fathom how it had happened.

Read her story below:

“Please help me. I am pregnant and I don’t know who the father is. Is a long story but i slept with my ex and my boyfriend on the same day. I was in my safe period so don’t know how. My guy and me had a fight in the morning before he went to work and I was very angry at him somehow started chatting my ex and he was home alone and said I should come over and we have sxx.

But I felt bad so went back home after and we later whatsapp eachother that it will not happen again cos he is even going to marry this year and what we did was bad. On the same day evening my guy returned home and he and i patch up and have sxx. He even wanted to use condom but i told him i was in my safe period so we did it raw. After that day we have had sxx many times but he use condom always.

Now I don’t know who the pregnancy is for. What should I do please. If i give it to my boyfriend what if the baby comes out looking like my ex? He knows my ex very well cos they were even classmates and he know we have dated before but it didn’t work out. I am afraid please help me. I don’t want to do abortion too.”