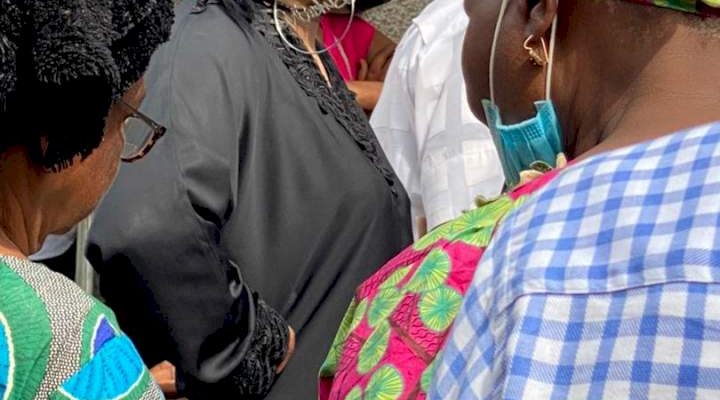 According to the lady who shared photos of the crossdresser, she bumped into him in Ikeja and was so shocked to see how his skin looked like.

Describing his skin as terrible, the lady went further to share the photos on social media.

This is coming shortly after the socialite took to his Twitter page and shared a long list of the kind of men that patronize him.

According to him, he has the business contacts of the richest guys in the country, with special reference to his “market”.

Man reminisces hard times after buying his wife a new car; says she stayed when he had only a motorcycle