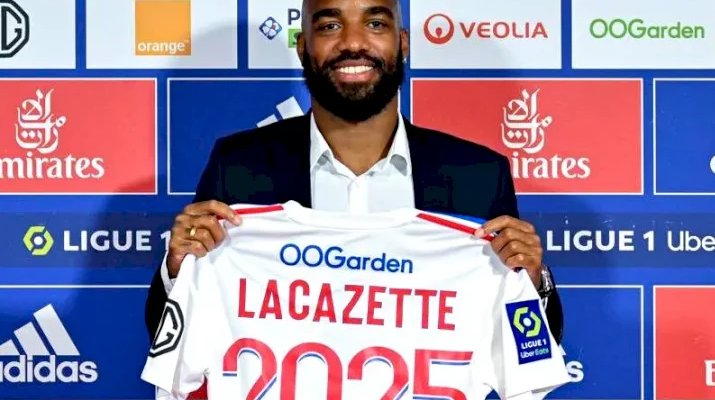 Alexandre Lacazette has completed a return to Ligue 1 side, Lyon after he left Arsenal on a free transfer. The deal is expected to last for three years.

Lacazette’s departure from Arsenal follows a period of five years with the Premier League club.

In actual fact, the return to Lyon was more of a reunion as the Frenchman had spent his early development years at the club where he caught the eyes of Arsene Wenger with his 129 goals haul.

After joining the Premier League, Lacazette scored 71 times in 206 games for Arsenal.

Prior to the exit, the 31-year-old forward told the club’s website of how he wants to keep the good memories he had at the club.

Lacazette will make do with a lower-tier European competition after Lyon failed to qualify for the Champions League.