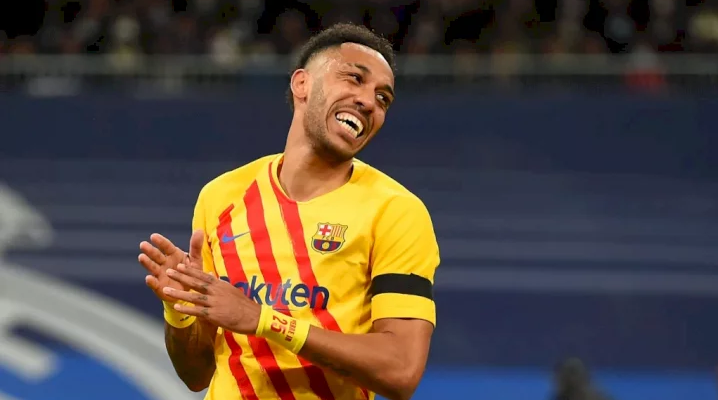 It has been revealed what Arsenal boss, Mikel Arteta told his Barcelona counterpart, Xavi Hernandez about Pierre-Emerick Aubameyang before the player’s move to Camp Nou on deadline day.

According to Daily Mail, Arteta vouched for Aubameyang’s character despite his face-off with the Gabonese before his move to Spain.

The 32-year-old Aubameyang joined the Catalans on a free transfer in January after his contract was terminated by Arsenal.

Aubameyang had hit the ground running at the Camp Nou, scoring eight goals in 11 matches.

But his transfer to LaLiga was aided by a character reference from Arteta, who vouched for Aubameyang.

Daily Mail reports that Arteta was sounded out by Xavi through third parties about Aubameyang’s attitude and work ethic and the Arsenal boss put his personal problems with the striker aside to vouch for him.

The newspaper claimed that the Arsenal boss advised Barcelona to make a move for Aubameyang.

Arteta told Xavi that Aubameyang still had plenty to offer at the top.

Arteta is a former teammate of Xavi’s, having been behind him in the pecking order at the start of his career at Barcelona.