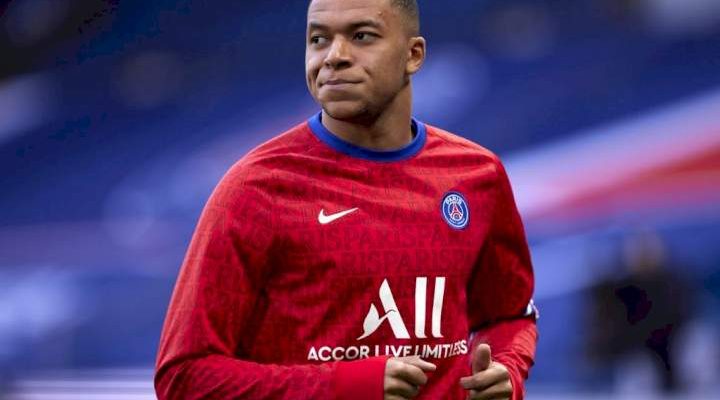 Former Republic of Ireland star, Tony Cascarino has warned Paris Saint-Germain star, Kylian Mbappe, saying that the Frenchman may end up like Ronaldinho.

He said that Mbappe must learn from the mistakes of past great players like Ronaldinho if he achieves his dream move to Real Madrid.

Mbappe has been accused of going backwards over the last three years for PSG, with Cascarino drawing comparisons between Mbappe and the Brazilian icon, Ronaldinho.

Like Mbappe, Ronaldinho rose to prominence at PSG but really took his career to the next level in Spain with Barcelona.

Having failed to win any trophy with PSG, Ronaldinho moved to Barcelona, helping the club to win two LaLiga tites, one Champions League crown, two FIFA World Player of the Year awards and the Ballon d’Or.

However, but he only really enjoyed a few years at the very peak of his powers, as his career then took a slide into obscurity and many have put it down to a lack of focus, hence the maverick tag.

And Cascarino fears the same could happen to Mbappe.

“I hope I’m wrong, but I hope Kylian Mbappe doesn’t turn into a Ronaldinho,” said the talkSPORT host on the Weekend Sports Breakfast.

“The type of player who has so much, but then suddenly his career starts to go slightly downwards.

“Because Ronaldinho was one of the world’s greatest when he was at his very best, but it’s easy as a young man when you get everything put in front of you that you slightly take your eye off the ball and you don’t become the same player.

“Kylian Mbappe is still a very young player, he’s 22, but he’s got to get back to somewhere close to the player we know and love.

“If I look back at the player he was in 2018, when he won the World Cup and he was just electric, devastating, and you really felt he was one of the best players in the world.

“But I look at Mbappe now… I was disappointed with him at the Euros and he hasn’t scored in six games for France. There are moments, you see glimpses, but he’s not having anywhere near the impact he used to have.

“I know he’s had his head turned by Real Madrid, but Mbappe is not doing it often enough.

“You can maybe put it down to the French league, and you can say he’s still got good numbers, and he had good numbers last season for PSG.

“But at the moment, he’s nowhere near the player he was three years ago.”