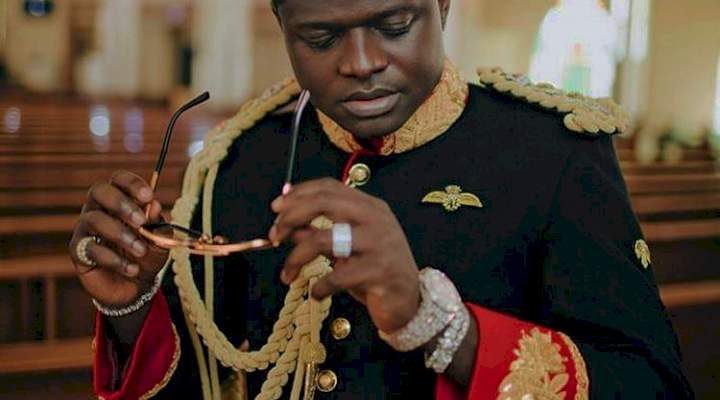 Luxury designer, Olusola Awujoola better known as Malivelihood, allegedly set to dump his wife, Deola Smart, to have a secret wedding with another woman.

It would be recalled that Malivelihood had an elaborate wedding with Senator Smart’s daughter in December 2020, where he gave his new bride gifts worth millions of naira.

According to a Global Peace Ambassador, Jackson Ude, the luxury jeweler’s marriage is at the brim of collapse amidst an affair with another woman, Chinelo Eyiuche, with whom he intends to have a secret marriage despite Deola’s pregnant state.

“Micheal Sola Awojuola, a popular Jeweler, husband of Deola, daughter of Senator Smart Adeyemi whom he married recently is set to dump her. Michael is now hooked to one Chinelo Eyiuche and they are planning a secret marriage. Michael’s wife, Deola is pregnant and now in the UK,” Jackson broke the news in a Twitter post.

Popular reality star, Angel Smith clears the air on having no intentions to take anybody’s man amidst threats on her relationship status.