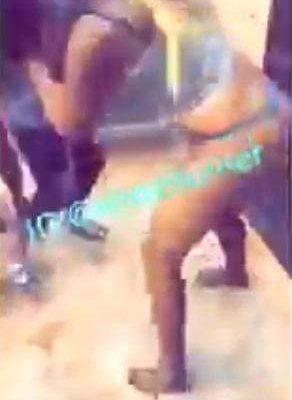 According to reports, the unidentified ladies were allegedly fighting over their benefactor, a sugar daddy who sponsors both of their lifestyles.

Jealousy may have gotten in the way as one found out about the other and decided to show superiority on who should keep the money-bag in question.

As seen in the video, the ladies fought without boundaries as they also ripped each other’s clothes off while a man struggled to separate them.

Watch the video below …