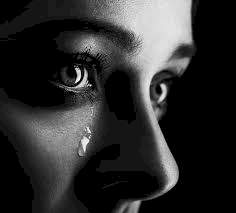 An unidentified lady has lamented about her boyfriend who she described as a chronic drug addict that has refused to change despite all her efforts.

According to the lady, her boyfriend gradually developed the habit of taking cocaine and when she confronted him, he claimed to be in control of himself and cannot be addicted to it.

In the course of time, she stated that her boyfriend has metamorphosed into an addict and the pressing challenge is that she is pregnant already and they are planning on keeping the baby.

Struck by confusion on the way forward, the lady called on people to advise her on the step to take and possibly give her a tip on how to end this negative trait that has taken a strong grip on her boyfriend.

“My boyfriend started taking this crack (cocaine) December last year, when I complained he will say “I know what I’m doing, I can control myself” till he became an addict that he can’t control himself anymore, we have had many fights that will lead to our separate ways but he will plead for me not to go but help him to fight it which I have tried my best…”

Read the full story below:

“None of my parents lived to be 60, I’ve broken that yoke” – Actor RMD says in anticipation of his 60th birthday