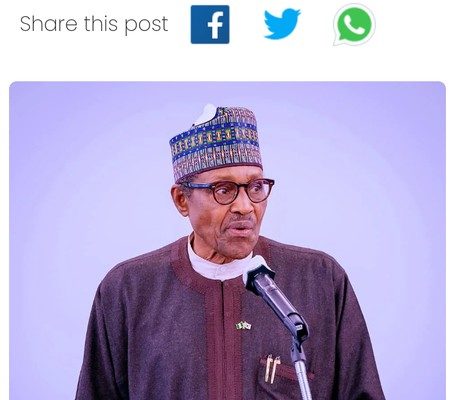 President Muhammadu Buhari said “Nigerians should vote for whoever they like from whichever party” during the 2023 general election.

The president stated this on Wednesday while speaking to newsmen in London.

The president also assured that no politician will be allowed to intimidate Nigerians.

Speaking on the 2023 elections, Buhari said:

“Nigerians should vote for whoever they like from whichever party. Nobody will be allowed to mobilize resources and thugs to intimidate people in any constituency. That’s how I want to go down into Nigeria’s history, as a leader.”

The president also spoke on the chances of APC retaining power in 2023;

He said: “We (APC) are going to win the election, Tinubu the presidential candidate is a very well-known politician in the country. He was a two-term governor in Lagos. I think the party was lucky to get him to accept to be the candidate.”

The Electoral Amendment Bill of 2022 is an amendment to the 2010 Electoral Act.

The bill was signed to help Nigeria improve its electoral process from the past ones.