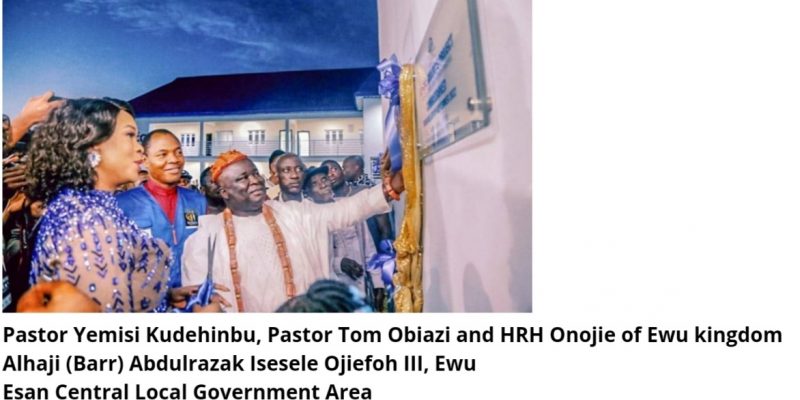 The InnerCity Mission for Children has commissioned its 11th tuition-free school for vulnerable children at Ewu in Edo state.

The mission, under the auspices of the Chris Oyakhilome Foundation International, commissioned the largest School within its network of Schools on September 9.

According to Pastor Omoh Alabi, the Executive Director, the InnerCity Mission’s Network of Schools provide quality, tuition-free education, along with free scholastic supplies and School Meals all through the primary education journey of the pupils enrolled.

She further stated that “The InnerCity Mission School, Ewu, is a representation of the continued commitment of its Founder- Rev Dr. Chris Oyakhilome to education, community development, and nation-building,”

Pastor Omoh Alabi emphasized that through this newly commissioned school, the foundation is giving the children in Edo a platform, equipping them with tools that would help them grow to become adults who will be actively involved in the development of their communities and nation.

“With our humanitarian footprints in over 89 countries Particularly in Nigeria, The InnerCity Mission under the auspices of the Chris Oyakhilome Foundation International has been working towards creating an enabling environment where every child survives, and lives above poverty irrespective of race, color, religion, or gender. We are able to achieve this through our interconnected programs cutting across Education, Healthcare, Food, Livelihood, Shelter, Advocacy, and Humanitarian aid programs,” She added.

Present at the commissioning were government representatives, community leaders, key stakeholders from various sectors, donors and partners, and newsmen.

The mission, founded in 2006, has been serving communities in Nigeria and other African countries, and many in Asia.

Pastor Yemisi Kudehibu who spoke on behalf of partners of the Chris Oyakhilome Foundation International, in her comment recapped how the first school was launched at Ikeja, Lagos.

“Education is very critical to the overall development of a child, particularly the indigent child. A child denied education would be forced to deal with lifelong struggles and is at greater risk of becoming an adult who is a burden to society, She posited.

Kudehinbu added: “In Nigeria, the number of children who are out of school remains unacceptably high. The InnerCity Mission School, Ewu is a representation of the continued commitment of Rev Dr. Chris Oyakhilome to education, community development, and nation-building. Through this School, we are giving the children in Edo State a platform and equipping them with tools that would help them grow to become adults who will be actively involved in the development of their communities and nation.”

“The School is fully equipped with classrooms, restrooms, a play area, a dispensary, pipe-borne water, and a kitchen that will serve free meals daily to the pupils. The InnerCity Mission School, Ewu will give children access to an innovative academic curriculum, psychosocial support, skills acquisition, and spiritual development. Our goal is that by the time the children would graduate from this School they would have been empowered to become adults who would contribute to, rather than task society.”

More than 2000 beneficiaries are on full scholarship to complete their primary education in these schools.

In his remarks the traditional ruler of the Ewu Community HRH Zaiki Razak Isesele III, the Onogie of Ewu said: “Ewu is a community that has benefitted extensively from the magnanimity of Pst Chris Oyakhilome.”

He added: “When this project started some of us thought it was just like some white elephant project but as we saw the development massive, we began to wonder if it is true that this project is actually taking off and at this pace but suffice to say that today we are all witnesses to the commissioning.”

“I want to again thank Pastor Chris Oyakhilome for this noble project and other projects that we are still seeing in the community, I want to appeal to the government that education should not be taken for granted. A people without good education is a future disaster waiting to happen,” he concluded.

Court To Rule On Baba Ijesha’s Bail Application On Monday 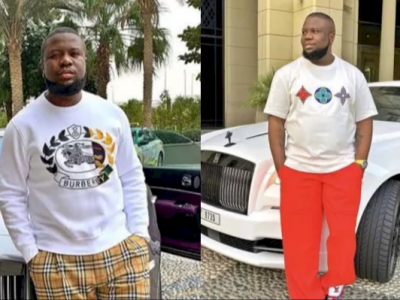