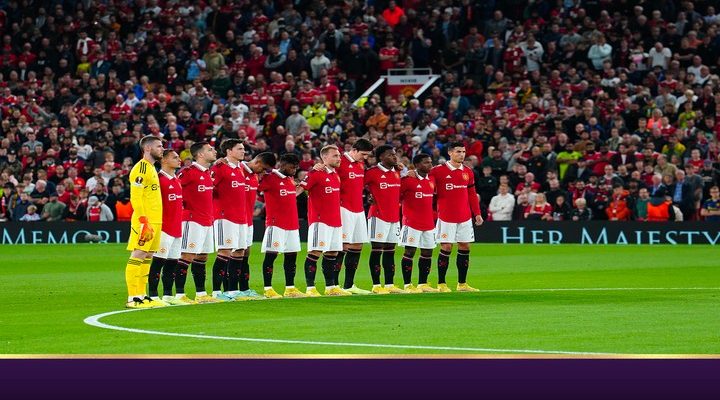 Premier League football will return this weekend – but two games have been postponed due to a strain on police resources.

Manchester United’s home game against Leeds and Chelsea’s meeting with Liverpool at Stamford Bridge will no longer go ahead on Sunday.

Saturday’s fixture between Crystal Palace and Brighton and Hove Albion is also postponed – it had been previously suspended due to rail strikes that have since been called off.

Last weekend’s games were called off as a mark of respect after the Queen’s death.

The go-ahead for football to resume came from the Football Association earlier today.

However, the Premier League and police forces have to sort out resourcing to ensure the games can be played safely.

Due to a drain on police resources in London, Arsenal’s short trip to Brentford has been moved forward from a 2pm to 12pm kick-off on Sunday.

The knock-on effect will be Everton’s game against West Ham being pushed back 15 minutes to kick off at 2.15 pm.

Matches from the Championship down will restart on Tuesday after the pause over the weekend.

A minute’s silence will be held before matches, with black armbands to be worn by players, flags to be flown at half-mast and the national anthem to be played in stadiums.

These games are run by the English Football League.

The EFL said games will be held on a “case-by-case basis”, with clubs working alongside police forces.

Arsenal’s Europe League match with PSV Eindhoven on Thursday has been postponed “due to the severe limitations on police resources and organisational issues related to the ongoing events”, European body UEFA announced.

The FA’s decision, which was revealed after the Premier League and English Football League suspended matches, delayed the start of the Women’s Super League season and comes despite government guidance which stated there was no official obligation to cancel events.

The decision to halt matches was seen as purely a mark of respect for Britain’s longest-reigning monarch, though some fans and public figures voiced criticism on social media, suggesting sport would have brought people together.

Many said the postponements would also intensify fixture congestion ahead of the World Cup this autumn in Qatar.

In contrast, rugby fixtures went ahead as planned.

The British Horseracing Authority also confirmed racing would not take place on Saturday but it returned as normal the following day with an extended nine-race card planned for Doncaster.