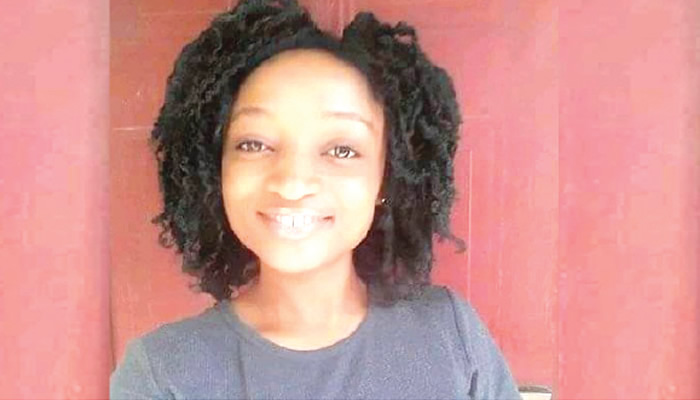 A Kwara State High Court sitting in Ilorin and presided over by Justice Ibrahim Yusuf on Tuesday sentenced two students, Abdulazeez Ismail and Ajala Oluwatimileyin, to death for the murder of a 300-level undergraduate of the University of Ilorin, Blessing Olajide.

Olajide was raped and killed by the duo on June 2, 2021, at her sister’s house in the Tanke area of Ilorin, Kwara State.

Justice Yusuf also sentenced another student, Oyeyemi Omogbolahan, to life improvement, while two siblings: Abdulkarim Shuaib (aka Easy) and Kareem Rasheed (Rashworld), were sentenced to three years’ imprisonment each for withdrawing money from the Guarantee Trust Bank account of the deceased a few days after she was killed.

Three others: Abdullateef Abdulrahman, Daud Adebayo (Bashman) and Akande Oladoja, were discharged and acquitted by the court.

Delivering judgement on 11 counts of conspiracy, armed robbery, rape, culpable homicide and stealing of funds preferred against the eight accused persons, Justice Yusuf found the three students guilty of conspiracy, rape and murder of Olajide, while two other telephone repairers who helped to unlock her telephone and assisted in the withdrawal of money from her account were convicted for conspiracy and stealing.

The judge, who said 13 people testified for the prosecution, while 16 witnesses, including the accused persons, were called to testify for the defendants, said the prosecution proved its case beyond reasonable doubt.

Justice Yusuf said, “While the prosecution established the ingredients of conspiracy and armed robbery against the first three accused persons, it proved beyond reasonable doubt that injury was inflicted on the deceased and she was raped to death. angry

“I direct that Abdulazeez Ismail and Ajala Moses Oluwatimileyin be hanged by the neck until they are pronounced dead.”

The prosecution counsel and former Attorney General and Commissioner for Justice, Salman Jawondo, who spoke to journalists after the court session, said, “The irony of it all is that all those involved are young men of 19, 23, etc. It’s quite unfortunate. And that shows that we have to work on our future in this country.”

I Have Done My Best As President — Buhari