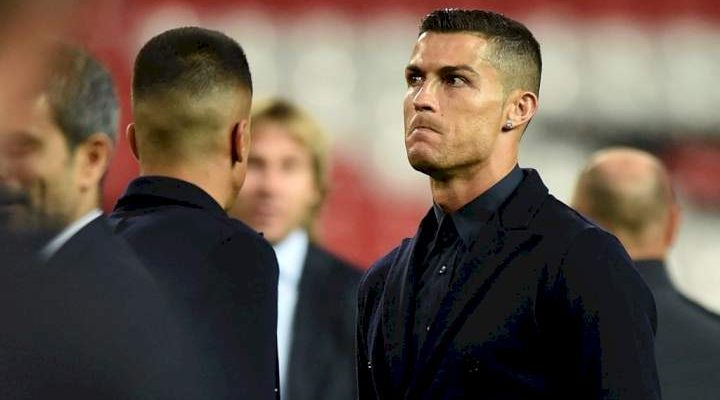 Cristiano Ronaldo has been slammed for the manner in which he left Juventus and returned to Manchester United.

Juventus legends, Sergio Brio and Alessio Tacchinardi criticised the Portuguese for leaving the club in his private jet and at a time when the manager, Massimiliano Allegri was addressing the players.

Brio and Tacchinardi criticised the 36-year-old over his departure from Turin.

“Ronaldo should have left in a different way, not on his private jet while Allegri was talking to the team before the game against Empoli,’ six-time Serie A winner Tacchinardi told Tuttosport.

Tacchinardi explained that the Portugal captain should have held a press conference which should have been a better opportunity to say goodbye to Juventus fans.

“There are no more legends such as Del Piero, Totti, Maldini or Zanetti, but it wasn’t nice to hear from Ronaldo that he was going back to a place he feels like home,” he added.

According to him, the former Sporting Lisbon and Real Madrid forward put Juventus in a difficult situation in terms of replacing him, noting that there was no way the Italian giants would have found a player like Ronaldo in such a short time.

Brio added, “Juventus deserve more respect; I didn’t expect Ronaldo to snub the club like this. It was not nice of him.

“I always speak highly of the three clubs where I played: Juventus, Lecce and Pistoiese because they signed me and believed in me. Cristiano is a great professional, but his farewell should have been different.

“Perhaps they didn’t break up gracefully, but I am convinced it was the right thing for the player and the club. If a player is forced to stay, he could cause damage to his teammates and the club.”

Ronaldo completed his return to Manchester United on Tuesday and has been given the No.7 he wore during his first spell at Old Trafford.

He is expected to make his second debut next Saturday when Ole Gunnar Solskjaer’s side tackle Newcastle United in the Premier League day four.

EPL: I am sad and upset over Man Utd’s decision – Cavani