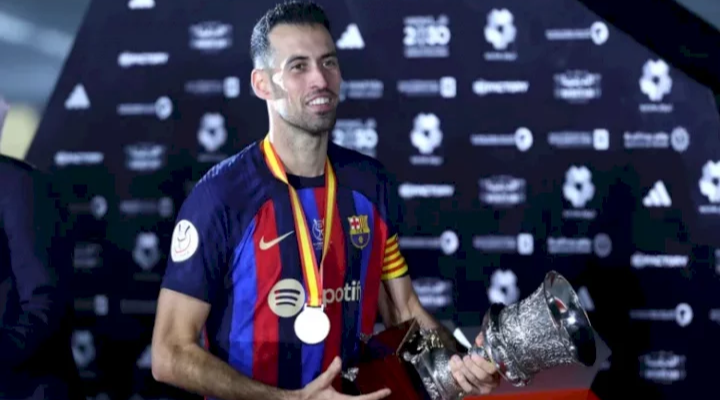 Barcelona midfielder and captain Sergio Busquets has reportedly turned down a €20 million (£17.5m) per year offer from Saudi club, Al-Nassr.

The Saudi club is seemingly trying to reconstruct its team after signing Cristiano Ronaldo weeks ago. It was also gathered that Al-Nassr has shown an interest in Eden Hazard, Sergio Ramos, and most recently, Keylor Navas.

AS reported that 34-year-old Sergio Busquets rejected the offer even with an uncertain future at Barcelona. 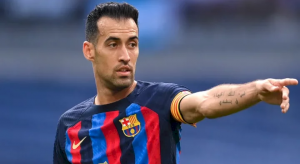 While there’s currently no deal in progress for Busquets whose contract expires this summer, Barcelona coach Xavi Hernandez has been vocal about wanting to keep the veteran midfielder at the club.

It is also understood that former Real Madrid and England star David Beckham is interested in bringing Busquets to his MLS club Inter Miami.