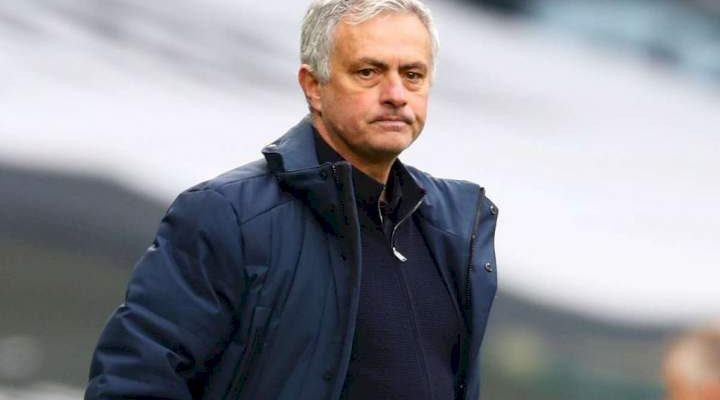 Roma manager, Jose Mourinho, has been given a two-match ban following an outburst that saw him sent off during their draw against Hellas Verona.

Mourinho was dismissed in injury time after confronting the referee, before kicking a ball high into the air.

The former Chelsea and Manchester United boss, who had to be restrained by an assistant, allegedly accused the referee of being sent by Juventus.

According to La Stampa, Mourinho shouted towards referee Luca Pairetto: “They sent you on purpose, Juve sent you…”

Pairetto, who has refereed 92 games in Serie A, has a brother that has worked for Juventus for eight years.

As a result of this ban, Mourinho will miss matches against Spezia and Atalanta.

Why I Took Break From Nigerian Idol – Simi Opens Up