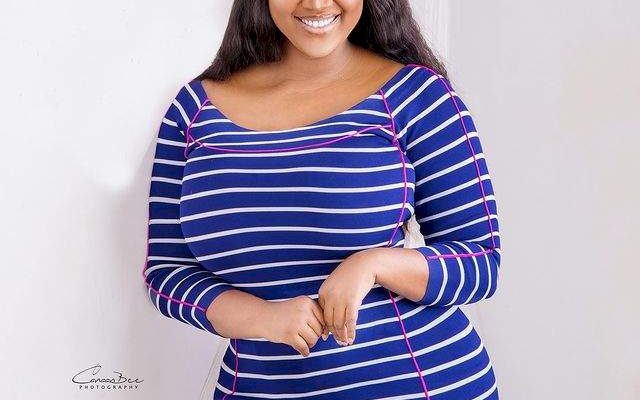 Judy Moghalu Austin, the second wife of popular Nollywood actor Yul Edochie, has shown off the kid she had with the actor.

Recall that last month, the veteran actor unveiled the son he had with Judy Austin, throwing the streets of the media into a wild frenzy.

Following the disclosure netizens and colleagues who didn’t welcome the news expressed their disapproval online.

Netizens had taken to Judy’s Instagram page to repeatedly lambast her as they claimed she’s breaking a home.

Judy Austin who appears to be unfazed by the whole uproar has taken to her Instagram page to show off her little boy.

Netizens have unabashedly shown their admiration as some called him a cute boy.

“We were removed from a project for being Nigerian” – RMD’s daughter, Nichole cries out