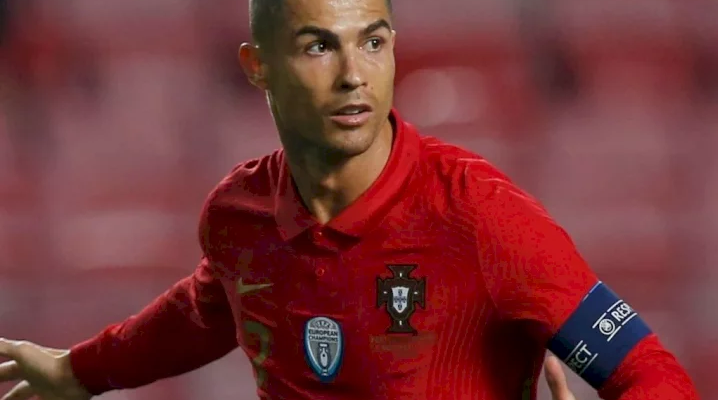 Cristiano Ronaldo has laughed at the fans of Atletico Madrid who this week warned the club against signing him.

The 37-year-old was heavily linked with a move back to the Spain capital last week as he reportedly sought to leave Manchester United.

Ronaldo was active on social media, Friday morning, where he reacted to the various reports surrounding his future at Manchester United.

The football icon has already hit out at stories that claimed he was insistent on forcing through a move away from Old Trafford upon his return to the club this week.

The Portugal international then replied an Instagram post where fans of the Atletico Madrid vehemently kicked against his arrival with laughter emojis.

Atletico Madrid’s Instagram handle posted the fans holding up a banner reading “CR7 NOT WELCOME” during their pre-season friendly at Numancia, and Ronaldo replied with laughter “