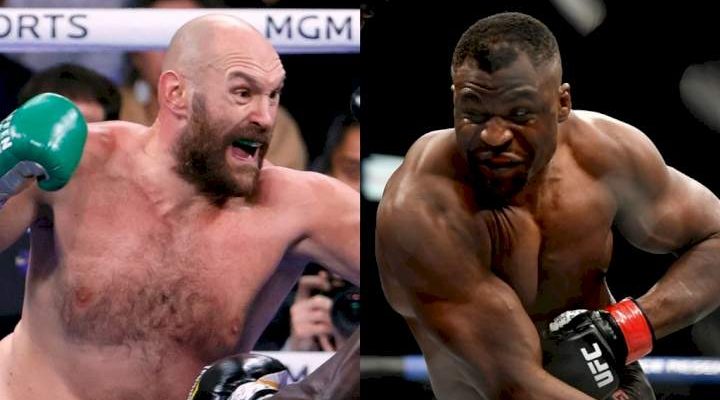 Tyson Fury and Francis Ngannou on Saturday said they have agreed to a ‘hybrid rules’ clash between the heavyweight champions of boxing and UFC.

The two men both spoke to ESPN, confirming plans for their exhibition fight in 2023 immediately after Fury sensationally knocked out Dillian Whyte to defend WBC heavyweight title at Wembley Stadium last night.

Fury was joined by Ngannou in the ring following his win over Whyte.

Confirming their plans for a ‘hybrid fight’, Fury said: “This is going to be one very special fight, unlike anything ever before seen in our sport.

“It is going to be explosive when it happens.”

“It is going to be a hybrid fight with a different type of rules, MMA gloves in the [boxing ring],” Ngannou added.

“We are going to find out who the baddest mother*****f on the planet is.”

On when the fight could take place, Ngannou suggested a final date will be decided before the end of this year.

He said, “Definitely, sometime in 2023, that fight will happen. By the end of this year, we will get it sorted and get it settled.”