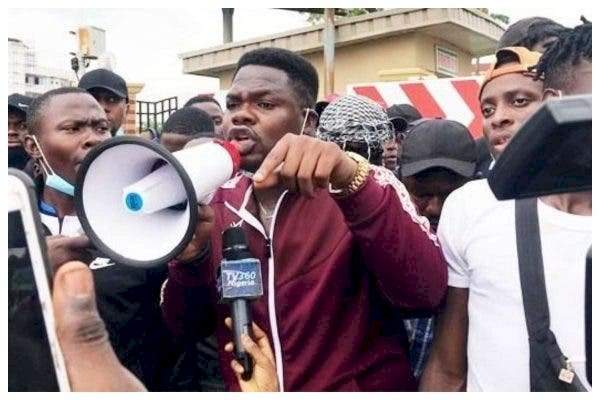 Comedian, actor, and activist Debo Adebayo, popularly known as Mr. Macaroni took to Twitter to recall his bitter experience in Adeniji Police station as he described that he was a victim of police brutality.

His tweet was triggered by a fan who beckoned on him to use his platform to promote institutions in Nigeria such as the Nigeria Police Force rather than instigate his followers against these institutions so as to move the country to a greater height.

The 28-years-old activist who has once been a victim of police brutality and one of the frontiers of the #Endsars movement issued his response.

Here’s what he tweeted;

“When I was at Adeniji police station, the police officers took turns to beat me up. They were even calling themselves to come and beat ‘Mr Macaroni’ They said in my life when next I hear police, I will run! One said if not that people would ask about me, he would have killed me

I should promote the same police institution that oppresses Nigerians? Majority of your officers are just there to steal, rob, harass, brutalize and oppress the people. We see it happen everyday. You swore an oath to protect. Yet you kill and destroy. Zero conscience”