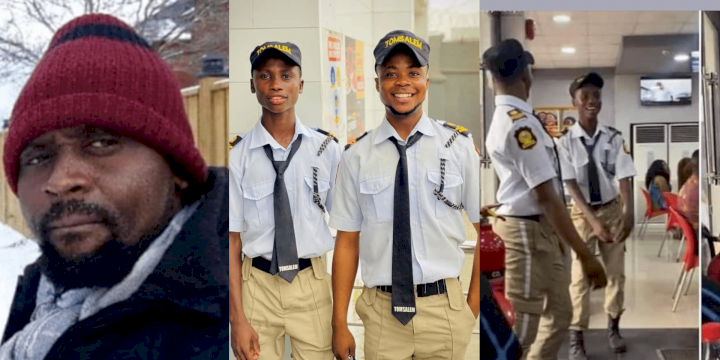 The man who criticized the management’s strict action, cited an example of US and UK police officers dancing with guns on duty and nothing was done to them.

He further stated that anyone supporting the sack of these young men lacks understanding. In addition, he offered to pay them monthly salary for a few months while trying to secure a new job for the lads.

He therefore beckoned on the masses to help him locate the boys.